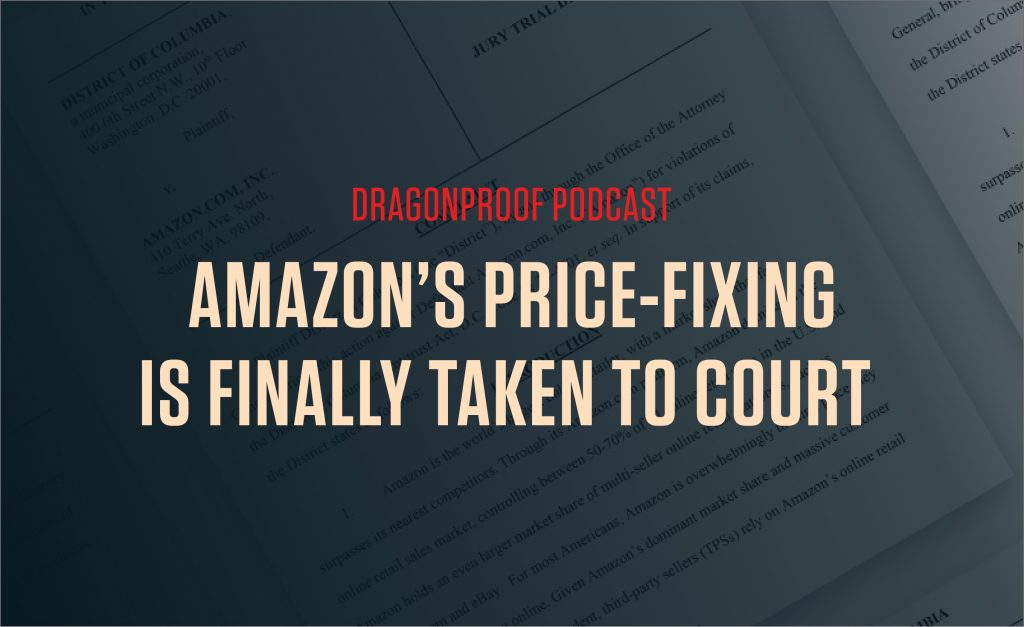 On May 25, the Attorney General of the District of Columbia initiated a lawsuit against Amazon for many anti-competitive business practices. This round of legal challenges to Amazon’s pricing policies should be of great interest to all independent ecommerce sellers. As Rick Wilson explains on the latest Dragonproof Podcast, the case may signal the beginning of the end of Amazon’s vise grip on online retail.

As detailed in a lengthy civil complaint, Amazon is accused of punishing third-party sellers who host products on the marketplace for advertising or selling those products at a lower price anywhere else. This includes other marketplaces, as well as the sellers’ own independent websites. Amazon’s “Fair Pricing Policy” sanctions sellers who violate the rule by cutting access to services, or banning them from selling on Amazon altogether. The rule exists to ensure that Amazon always offers the lowest price on goods.

Third party sellers on the platform generally have two choices: off-set Amazon’s high fees by raising prices on marketplace products, or pay the fees and accept brutally low margins. Gaining access to Amazon’s audiences and basic marketing tools makes the tradeoff worth it, as the exposure will naturally lead consumers to explore brand sites after finding a product on Amazon. However under the current price rules, sellers must now also “bake in” Amazon’s fees on their external sites. This effectively means that sellers cannot set their own margins or sales strategies without Amazon’s blessing.

Other charges against Amazon include unfair practices around the awarding of the critical “Buy Box,” which adds crucial visibility for sellers with similar items. The complaint alleges that this benefit is weighted towards businesses which enroll in FBA. Often, a seller is already competing with an Amazon-branded knock-off of the same product. So, Amazon is simultaneously strong-arming sellers horizontally at the product level, and vertically at the platform level.

As Rick points out, the fact that 55% of Amazon’s business comes from third party sellers actually bodes well for merchants. Not just because those sellers can organize, but because Amazon is very likely to try to protect that revenue in advance of any monumental government actions.

“Amazon will most likely start changing their behavior,” Rick says, “knowing full well that if they overplay their hand, they may suffer the same fate as Standard Oil 110 years ago, or Ma Bell 40 years ago…and Amazon does not want to be broken up.”

If Amazon loses the anti-trust battle, the downside would be divisions like Prime, Retail, Fresh, AWS, Prime Video, etc. all split into separate entities, which would then be thrown into much more difficult competition than Amazon currently faces with direct rivals. So these anti-trust charges, which may only result in a fine for Amazon, will nonetheless act as a catalyst for dismantling the pricing rules.

The A.G. who brought the current case, Karl Racine, is reportedly under consideration for a role at the Federal Trade Commission. When combined with Racine’s other antitrust cases against Google and Facebook, this predicts a future direction at the FTC in favor of more regulation of Amazon’s unfair price controls.

“Sellers need to watch this,” Rick says. “They need to pay close attention to what Amazon is doing. And as Amazon makes changes to avoid legal trouble by being more pro-seller, it will be sellers’ time to pounce.”

As new legal challenges to Amazon’s price monopoly mount, merchants will have more room to set their own pricing, marketing, and margin strategy everywhere they sell, free of interference. That’s excellent news for independent sellers who deserve to compete on an even playing field. 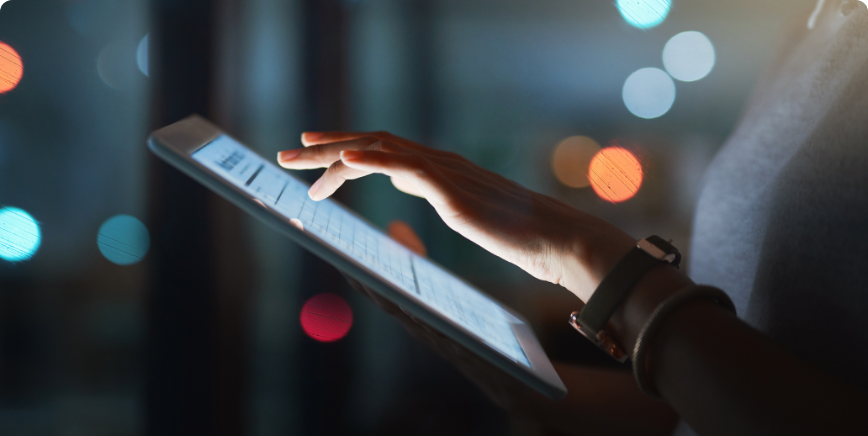 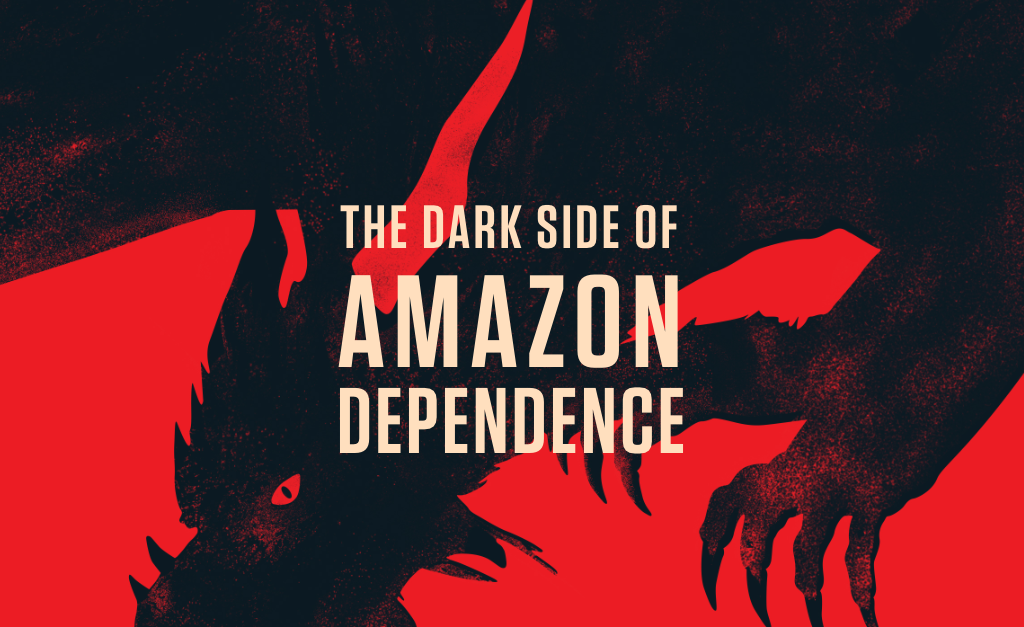 The Dark Side of Amazon Dependence

The Amazon Effect: Customer is King